What is malicious prosecution? 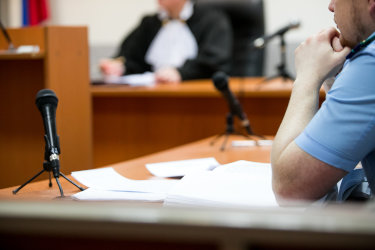 Malicious prosecution arises when someone institutes and maintains legal proceedings against another person, in a manner that is wrongful and with malice. An example of malicious prosecution is where a police officer prosecutes you without any real evidence and for a purpose other than believing that you are guilty of an offence.

If you have been the victim of malicious prosecution, you may be able to sue for damages.

What is the difference between wrongful arrest/false imprisonment and malicious prosecution?

Wrongful arrest and false imprisonment differs to malicious prosecution as it occurs when a person’s liberty is totally and directly restrained. For these claims, there is no requirement to show that someone intended to act wrongfully or to cause injury, only that the imprisonment was without lawful justification. For example, if you are held beyond the terms of your sentence, whether by an honest mistake or not, a claim for false imprisonment may be available to you.

How to make a malicious prosecution claim

These claims can be quite difficult to prove. Four elements are required to make a successful claim for malicious prosecution:

If your matter meets these elements, a successful claim for malicious prosecution can be made.

Once your criminal proceedings are finished, our civil solicitors commence investigating the institution and maintenance of those proceedings, and build the evidence to support your claim.

Reasonable and probable cause

Importantly, it is necessary to show that the prosecution pursued the matter without reasonable and probable cause. This doesn’t mean that they need to have had a particularly strong case – just that they had something credible to go on when they started prosecuting.

The courts have unequivocally stated in the past that where evidence is obtained illegally, and on balance the extent of illegality outweighs the probative value of this evidence, then that evidence is not to be included in the equation of determining reasonable and probable cause.

Unsurprisingly, malice on the part of the prosecutor needs to be present. This means that the prosecution deliberately proceeded for an improper purpose. Many prosecution teams have considerable power and resources which could potentially be abused, and a skilled defence lawyer will be able to identify when a malicious prosecution may be occurring against their defendant clients.

However, caution must be exercised when determining malice. A prosecutor may have malice, even the utmost malice, but both malice and an absence of reasonable and probable cause must be satisfied before a court finds that there has been a malicious prosecution.

Proving malice is not easy because of a principle known as the “Briginshaw Standard”, as found in the case of Briginshaw v Briginshaw (1938) 60 CLR 336. Ordinarily, there are two “standards of proof” known to the law, namely:

Whilst claims against the police are civil proceedings, because a serious allegation of misfeasance or improper conduct is being made, the court must go one step further than being satisfied on the balance of probabilities. In such matters, the court must be “comfortably satisfied”.

Furthermore, the more serious the claim of the police misconduct, the more comfortably satisfied the court must be.

Where a plaintiff seeks damages for harm suffered, the loss must be intended, or a natural and probable consequence of the wrongful prosecution.

If the plaintiff has also suffered a diagnosable injury, whether physical or psychological, a personal injury claim may also be available.

The impact of the harm suffered by someone after they have been maliciously prosecuted is important to the damages sought in these claims.

Under the tort of malicious prosecution, a plaintiff needs to show that they have suffered physical, economical, psychological, or emotional loss because of the malicious and wrongful action carried out by the prosecution. It is not hard to see how a wrongful prosecution of this nature could leave lasting damage, especially where someone has been arrested and imprisoned pursuant to that prosecution.

The court will also award “exemplary damages” in order to send an example to the defendant to reduce the likelihood of this happening again.

We provide expert advice and representation in complex malicious prosecution claims, and have successfully sued the NSW Police on several occasions.