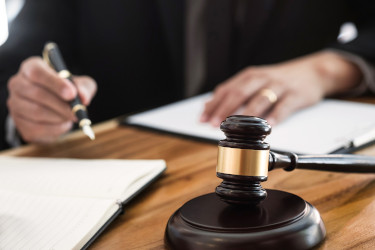 The protection of individual rights and civil liberties is a fundamental tenet of our society. If the police overstep their powers and breach a person’s rights without reasonable cause, a civil claim for compensation may be possible.

Cases against the police are hard-fought by the State of NSW. We recommend engaging an experienced defence lawyer before deciding to sue the police.

There are many different types of claims that can be made against the police, including:

Examples of civil claims against the police

Malicious prosecution can be claimed when legal proceedings have terminated in your favour, and were brought against you without reasonable grounds or for an improper purpose with malicious intent. Proceedings are terminated in your favour if charges are withdrawn, dismissed, you are found not guilty of the offence/s, or in other circumstances where section 32 submissions are made in defence.

An example of malicious prosecution might include a police officer charging and prosecuting you without any real evidence, or to harass you, with a malicious motive.

Wrongful arrest and false imprisonment can be claimed when your liberty is restrained without lawful justification for any period of time. Examples include where you have been:

Assault or battery can be claimed when the police cause or threaten deliberate physical contact without consent or other legal justification. The police have the right to use reasonable force, so a claim will have to show that the force used was excessive and went beyond what was necessary under the circumstances.

Malfeasance in a public office

Misconduct in public office is an offence under the common law. If a public officer engages in conduct that is invalid or beyond power, and deliberately abuses their power dishonestly, a claim for malfeasance in public office may be brought.

Claims against the police are some of the most difficult civil claims to win because of a principle known as the “Briginshaw Standard” found in the case of Briginshaw v Briginshaw (1938) 60 CLR 336.

Under the common law, there are two “standards of proof”:

Yet, under the Briginshaw Standard, for a serious allegation of misfeasance or improper conduct, a court must be more than satisfied on the balance of probabilities – they must be “comfortably satisfied”.

Claims against the police fall into this category, and the more serious the claim of the police misconduct, the more “comfortably satisfied” the court must be. This means that a strong case with compelling evidence, particularly documentary evidence, is needed to support the claim.

For some claims such as assault, false imprisonment, and malicious prosecution, the plaintiff does not need to prove that they sustained any injury or damage from the actions of the police. For others, such as personal injury, it is necessary to show that an injury was suffered in order to prove the claim.

In both types of claims, the harm suffered, whether an injury or not, is still an important factor in determining damages. Usually, the greater the injury or harm suffered, the more substantial the award for compensation will be.

Can I sue a police officer personally?

Under the Law Reform (Vicarious Liability) Act 1983 (NSW), the State is liable for torts committed by a person acting in the service of the Crown. This means that if the police officer was acting within the scope of their employment, then the civil claim is brought against the State of New South Wales, or the NSW Police Force, and ultimately the State is responsible for paying any compensation.

If the officer was acting outside their employment, then the claim is against that individual officer. This is an important consideration as the officer may not have the funds needed to pay an award of damages.

I haven’t been charged or convicted - do I have a claim?

Yes, you may still have a claim for compensation. While some claims such as malicious prosecution require you to be charged and found not guilty, a charge/conviction is not always required. For example, if you are seeking compensation for a wrongful arrest, you could have a right to damages for the interference of your liberty, even if you were never charged.

I was only arrested for a couple of minutes - do I have a claim?

Yes, you may still have a claim for compensation. However, the amount of compensation that may be awarded will generally increase with the time you have been arrested/imprisoned, and the severity of the experience of imprisonment.

I committed a minor offence but my arrest was unnecessary - do I have a claim?

Yes, you may have a claim for compensation. You might have committed the offence, but this does not mean the police have a right to arrest you. Police can deal with criminal offences in a number of ways, for example through penalty notices, Court Attendance Notices and Future Court Attendance Notices. Remember, the arrest must be “reasonably necessary” as outlined in section 99 of the Law Enforcement (Powers and Responsibilities) Act 2002 (NSW).

The charges were dismissed by the court following my arrest – do I have a claim?

Possibly. If the police were malicious and did not suspect on reasonable grounds that you committed the offence, or they knew that the charges were illegitimate, you could have a claim.

How do I lodge a complaint against the police?

You can make a complaint to the NSW Police Force itself or to the Law Enforcement Conduct Commission (LECC). However, if this process is successful it will result in disciplinary action against the officer involved rather than compensation for any harm suffered. If you are seeking compensation, the services of an experienced lawyer is highly recommended.

What powers do the police have?

Police have a broad range of powers to carry out their responsibilities efficiently. Police powers are set out under the Law Enforcement (Powers and Responsibilities) Act 2002 (NSW).

We provide expert advice and representation in complex claims against NSW Police, and have successfully sued the police on several occasions.

As such, we recommend that you contact us as soon as possible