What is wrongful arrest? 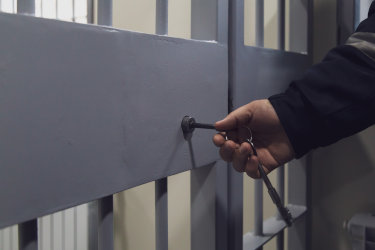 The police are granted powers of arrest to ensure the safety and welfare of our society. They are granted those powers, to be used only when appropriate and necessary.

Your liberty is a basic human right. Therefore, if you are to be arrested, it must only be done where it is reasonably necessary to do so, and legal.

The police are allowed to make an arrest with and without a warrant. However, if a warrant has not been obtained, the police hold limited grounds and powers under the Law Enforcement (Powers and Responsibilities) Act 2002 (NSW) to execute an arrest. The police are only allowed to arrest you if an officer suspects on reasonable grounds that you are committing, or have committed, an offence, and the officer is satisfied that the arrest is reasonably necessary for one of the lawfully permitted reasons under Section 99 of the Act.

Examples of wrongful arrest include:

What is false imprisonment?

Any time after being arrested and before being released is time that you are considered to be detained or imprisoned. Therefore, if you have been wrongfully arrested, the period of detainment up until your release may be considered false imprisonment.

Even where the arrest is lawful, if you have been held for longer than the legal limit, this could also be considered false imprisonment.

Examples of false imprisonment include:

Can you sue for wrongful arrest and false imprisonment?

Being arrested and imprisoned results in the deprivation of one of the most fundamental rights, which is your right to freedom. If the arrest is wrongful and the imprisonment is unlawful, you may be eligible for compensation.

Our lawyers are skilled at detecting police misconduct and can advise whether you may sue the NSW Police for compensation, and what compensation you could receive.

Whether or not you have been charged with a criminal offence, being arrested without cause can be a humiliating and demeaning process. If you think you have been arrested wrongfully and/or imprisoned illegally, you may be entitled to compensation.

Our false imprisonment and wrongful arrest lawyers are experienced in suing the police for such misconduct. Our expertise in both criminal law and civil litigation ensures that your civil rights are protected and that you are rightfully compensated for any breach of these rights.

Wrongful arrest and false imprisonment are classified as “intentional torts”. This refers to the fact that a legal wrong has been committed against you intentionally, as opposed to simply negligently.

It may be possible to seek permission from the court to make a claim outside of this time period, however this will only be granted in limited circumstances and will depend on what caused the delay in bringing the proceedings. If the reasons behind the delay are not considered reasonable, then you will not be able to proceed with a claim.

If you have been wrongfully arrested and you resist police during the execution of the arrest, the severity in which you resist may become a criminal issue for you. If you resist the police in a reasonable manner in accordance with the circumstances of the arrest, a potential malicious prosecution claim could be made in respect of the charge by the police.

However, if you resist unreasonably and violently, causing harm to police, you may be charged with resisting arrest and be prosecuted for the offence.

How can the police defend claims of wrongful arrest and false imprisonment?

If the police do not have a warrant, they can only arrest you if they suspect on reasonable grounds that you are committing, or have committed, an offence, and they are satisfied that the arrest is reasonably necessary for one of the following lawfully permitted reasons:

As for false imprisonment, the police must simply show that your detainment was lawfully justified.

We provide expert advice and representation in complex claims of wrongful arrest and false imprisonment, and have successfully sued the NSW Police on numerous occasions.