Both are becoming more regulated globally, due to the potential for use in illegal activities.

What is digital currency?

Digital currency (also referred to as online or virtual currency) is an electronic form of money. It is largely unregulated, and is usually issued and controlled by its developers, not by national financial bodies such as central banks.

Digital currency has some of the same qualities as traditional money. Subject to acceptance by vendors, it can be used to buy a new vacuum cleaner online or be converted into another currency. 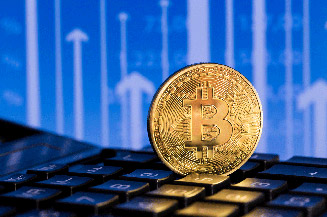 But digital currencies also allow for:

These factors are often exploited by criminals.

Unlike banks, many digital currency platforms do not require identity verification to open an account.

Cryptocurrencies do not have any intrinsic value. Their value is determined by what people are willing to pay for them.

Bitcoin is the most well known cryptocurreny in circulation. It is a decentralised global payment system, not backed to any asset or linked to any organisation (such as the Reserve Bank of Australia). Bitcoin miners can use software to validate transactions in the Bitcoin process, earning new Bitcoins.

It is quick and relatively easy to get Bitcoin online. Bitcoin is increasingly used by criminals to launder proceeds of crime, and ransomware payments are demanded to be paid in Bitcoin as this presents challenges to law enforcement in tracing the payments.

The Anti-Money Laundering and Counter-Terrorism Financing (AML/CTF) Act 2006 does not directly regulate or limit the use of digital currencies, however it places strict reporting and registration obligations on digital currency exchange service providers.

Digital currency exchanges are required to:

These regulations make it harder for people to anonymously transfer digital currencies. This reduces the opportunity for money laundering and criminal activity to occur, and increases the capacity of authorities to maintain some degree of monitoring of this space.

Encryption is a form of electronic protection that converts data, such as text messages, into a form that cannot be read by another person or program.

End-to-end encryption refers to encryption security used by services such as WhatsApp. These services only allow the sender and recipient to view a message. Third parties, including the service provider, aren’t allowed to decrypt messages.

Encryption is a vital and commonly used mechanism for safeguarding online privacy and protecting digital data. However, people can exploit encryption to enable crimes such as organised crime, child abuse and terrorism.

Review our Submissions to the Telecommunications and Other Legislation Amendment (Assistance and Access Bill) 2018.

Review our Submissions to the Inquiry into the impact of new and emerging information and communications technology on Australian law enforcement agencies.

What is a Peer-To-Peer transfer?

A peer-to-peer transfer refers to the exchange of currencies between two people:

Cryptocurrency exchange networks such as the Bitcoin network use peer-to-peer transfers.

What is a Bitcoin wallet?

A Bitcoin wallet “stores” bitcoins in a secure way. These wallets are also used to send and receive Bitcoin.

As Bitcoins do not exist in a physical form, the wallet stores the necessary cryptographic information in a digital location. This includes the secure private key needed to access and trade the Bitcoins.

There are several different types of Bitcoin wallets, including desktop, mobile, web and hardware.

Is Bitcoin legal in Australia?

Cryptocurrencies including Bitcoin are legal in Australia, as is Bitcoin mining, so long as you adhere to laws and regulations including those under the AML/CTF Act.

Are cryptocurrencies subject to tax?

The ATO does not view cryptocurrencies, or digital currencies with similar features, as money but rather as an asset that can be held or traded.  How cryptocurrencies are taxed varies depending on the circumstances. They can be taxed as income, as an investment, and can be subject to capital gains tax. The ATO website provides a detailed guide on its treatment of cryptocurrencies under tax law.