Driving Under the Influence (DUI)

What is Driving Under the Influence (DUI)?

You may be charged with this offence, commonly known as DUI, if you have been accused of driving under the influence of either alcohol or drugs. In the case of drugs, it doesn’t matter whether the drug is prohibited or 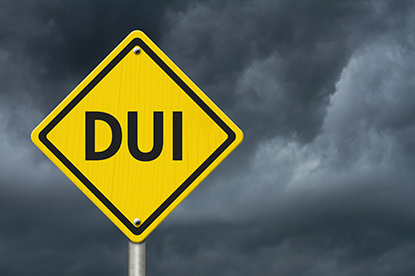 prescription, what is important is whether it has impaired your ability to drive.

This is not a frequent charge, mainly because the police need to be able to establish that you were noticeably affected by alcohol or drugs, which can be difficult to do.

Circumstances where you may be charged with DUI include:

What are the penalties for DUI in NSW?

DUI is considered a serious traffic offence because of the significant potential to hurt other road users or members of the public. This is reflected in the severity of the potential penalties, including prison.

A key factor taken into account by the courts is the extent that you appeared to be affected by the drug or alcohol.

However in certain circumstances, it remains open to you to argue that you should not have a conviction recorded against you, on the basis of an application under section 10. We can give you advice on your likely prospects of success with such an application.

If you are charged with the offence of DUI, obtaining a pharmacological report can form a valuable part of your defence.

This report will provide a scientific assessment of whether the amount of a drug in your system would have affected your driving ability.

For example, you may be charged with DUI if you or the vehicle smells of marijuana, and you appeared to police to be affected by it. However, a pharmacological report may reveal that the quantity of marijuana in your system at the time you were driving was so minimal that it could not reasonably have affected your driving ability. This will provide you with a defence to the charge of DUI.

If you are found guilty, you may be able to receive a more lenient penalty by undertaking the Traffic Offender Intervention Program.

If you have been convicted of driving under the influence of alcohol for the second time in five years, the Interlock program is mandatory. After a period of licence disqualification, an Interlock device will be fitted to your car, preventing it from starting unless you provide a zero alcohol breath sample.

More information about the Interlock program

What happens next with a DUI?

Nyman Gibson Miralis can provide you with advice on likely penalties, available defences, and what you can do to put yourself in the best possible position to fight the charge against you. This may include obtaining pharmacological reports and any other factors which may be relevant in your individual circumstances.