X7 v Australian Crime Commission and the right against self-incrimination

The landmark judgment of X7 is a high-watermark in Australian criminal law that protects the rights of an accused against self-incrimination. In a 3-2 majority, the High Court powerfully safeguarded the accusatorial nature of the criminal process. The ramifications of this case are far-reaching for all those who have been summoned to appear before the Crime Commission in circumstances where they face criminal charges.

While in custody, X7 was served a summons under section 28 of the Australian Crime Commission Act 2002 (Cth) requiring him to appear before the Australian Criminal Intelligence Commission for a compulsory examination. Under section 30(2), X7 would not have been permitted to refuse or fail to answer any question. However, section 30(4) does say that any answers given will not be admissible in a criminal proceeding.

The examination questions posed by the Commission went directly to the charges. It potentially would have equipped the Commission with a wealth of information that might well be used against X7 in subsequent criminal proceedings.

The Commission assured X7 that any answers produced in the examination would not be used against him in any potential criminal proceedings. In fact, the Commission gave a direction under section 25A Australian Crime Commission Act in very strong terms.

Section 25A provides that:

Here, the Commission made directions that prevented the publication of the examination transcript to the Police or Director of Public Prosecutions:

“Your rights will be protected today. I want you to understand at the outset that I am not allowing anyone associated with the charges you face, anyone associated with the prosecution of those charges to either sit here or observe the proceedings and I’m not permitting any of those persons to get a copy of the record of these proceedings. And I will also be offering you what’s known as the privilege against self-incrimination.”

However, X7 declined to answer any questions. He was advised by the Commission that he would be charged with an offence for failing to answer a question.

X7 contended that the Commission’s power of compulsory examination could not be exercised after a charge has been laid. This crucial question of law was to be decided by the High Court.

Issues raised and the right to silence against self-incrimination

The High Court had to determine whether the Crime Commission could lawfully require a person who has been charged with an offence (but not yet tried) to answer questions relating to those offences.

Unless specifically enacted by legislation, there is a right to silence against self-incrimination. If a person is ‘forced’ to answer questions that may incriminate the person, then there is a real ethical problem in running a positive defence to the related criminal proceedings at a later time.

However, if an accused person can maintain their right to silence, they are lawfully able to defend themselves at trial based on the strengths and weaknesses of the evidence against them.

The actual case against the accused might be weak, but if admissions have been made in a Crime Commission hearing, then a question arises as to whether the accused can have a fair trial – remembering that the onus of proof beyond reasonable doubt falls upon the prosecution.

[Comment: One of the fears in forced interrogation is that despite the direction being given that the evidence of the compulsory examination is not to be published, is that it will nevertheless be either published, leaked, released or revealed to someone associated with the prosecution – whether that be the police or the prosecuting authority. There are instances where the release of this evidence has led to derivative use in the subsequent criminal trial to the obvious unfairness and detriment of the accused, who would otherwise have had a right to silence and be presumed innocent until proven guilty.]

The Crime Commission argued that the Act already provides appropriate protection to X7 so that there was no need to seek relief in the High Court. They relied on section 25A and submitted that by preventing disclosure of evidence to the Police and DPP, the Act provided mechanisms to ensure that the examination did not result in any prejudice to the fairness of a pending trial.

The High Court rejected this argument. If the Crime Commission could compel a person to give evidence about pending charges, this would fundamentally alter the system of criminal law in Australia. And the fact that evidence given by that person would not be disclosed to the Police or DPP afforded the Crime Commission no defence. The High Court would not tolerate an attack on the fundamental principles of criminal process.

The High Court concluded that the Australian Crime Commission did not authorise the compulsory examination of a person charged with, but not yet tried, for an offence about the subject matter of the pending charge.  How would permitting compulsory examination in circumstances where a person is charged but not yet tried fundamentally alter the criminal justice system?

Justices Hayne and Bell, delivered the leading judgment.  In answering this question, their Honours began with a trite proposition of statutory construction [Potter v Minahan]:

“It is in the last degree improbable that the legislature would overthrow fundamental principles, infringe rights, or depart from the general system of law, without expressing its intention with irresistible clearness.”

Their Honours held that ‘the general system’ of the criminal justice system is its accusatorial nature.

So did the Act express an intention with irresistible clearness to quality the accusatorial nature of criminal law? The answer must be no. This is because under section 7C, the Crime Commission is tasked with investigating matters relating to federal offences only where ordinary police methods of investigation are not likely to be effective.

The performance of this investigative function is in no way restricted if the Crime Commission cannot examine persons charged, but not yet tried for an offence. Nothing in the Crime Commission Act suggests that Parliament intended to overthrow the accusatorial nature of the criminal process. The converse would fundamentally alter the accusatorial nature of the criminal law.

Defining the hallmarks of the system

Their Honours continued to expound the defining hallmarks of the criminal justice system:

Their Honours also recognised that the right to silence and right against self-incrimination are basic and substantive common law rights enjoyed by all. The right against self-incrimination is a privilege which permits the accused to answer any question, even if that answer was could not be admissible. These principles reflect the longstanding proposition that an accused person never has to answer to any allegation of wrong-doing.

Even in the investigation stage of the criminal process, their Honours found hallmarks of an accusatorial system. Their Honours held that even at the stage of arrest, the accusatorial nature is evident in the caution a police officer makes to the accused – that the accused has the right to remain silent and refuse to answer any question.

Their Honours concluded that at all stages of the criminal justice system, the process is fundamentally accusatorial. If section 28 of the Crime Commission Act permitted the compulsory examination of a person charged with an offence about the subject matter of a pending charge, then this would fundamentally alter that accusatorial nature.

What the Crime Commission seeks to do is interfere with a person’s ability to determine their case. This attempt offends the accusatorial nature of the criminal process. An accused would have to decide what plea to enter, what evidence to challenge, and what evidence to give or lead at trial according to the answers he or she gave at the examination. The accused person is thus prejudiced in his ability to defend the charges by being required to answer questions about the subject matter of the pending charge.

The High Court will not tolerate any interference with the accusatorial nature of the criminal process in the absence of any Parliamentary intention.

It follows that the Australian Crime Commission Act does not authorise an examiner to require a person charged with an offence to answer questions about the subject matter of the charged offence. 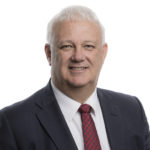 Phillip is one of Australia’s leading defence lawyers, with over 30 years of experience. Phillip is a Partner at Nyman Gibson Miralis and specialises in complex criminal cases which often involve cross-border investigations.