How can I apply for bail in the Supreme Court of NSW and the  Court of Criminal Appeal (CCA)?

In a situation where your bail has been refused or granted with conditions that you are unable to meet, you may be eligible to apply to the Supreme Court for release or variation.

What type of application will I be making at the Supreme Court? 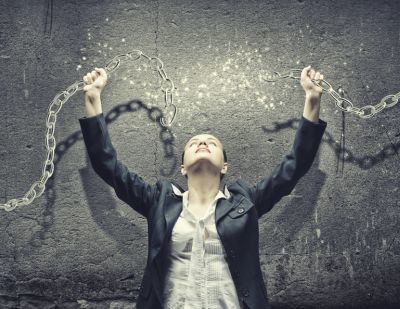 Your first option is to make a release application under section 49. Unfortunately, you are only allowed to apply once for release (bail) which means you must be well prepared.

However, the Court is able to continue hearing these release applications if it can be shown that there exist new facts or circumstances that have arisen since your previous application.
The Supreme Court must refuse to hear an application unless a new ground exists.

Your second option is to make a variation application. If you can’t meet the conditions of bail granted by a Local or District Court you should firstly attempt to have the same court have the conditions changed.

Can the Court refuse to hear my application?

Yes, they are able to refuse to hear an application on a new ground, if that new ground is deemed to be ‘frivolous or vexatious’ or ‘without substance or otherwise [with no] reasonable prospect of success’.

Similarly, they can refuse to hear an application if it could be reviewed and dealt with by a magistrate, authorised justice or District Court.

What happens at the court?

In particular, from those that will assist you with a security deposit and who you might live with until your given court date.

These people will need to be in person at the Court.

What if I apply for bail whilst my case is pending appeal?

Section 8 of the Bail Act allows for a bail decision to be made while substantive proceedings for an offence are in progress (including any appeal against conviction or sentence).

The key consideration in the success of this application would be whether the appeal has a reasonable prospect of success.

Bail and the Court of Criminal Appeal (CCA)

Has your bail application being refused at the Supreme Court of NSW?

In accordance with section 67 of the Bail Act, the Court of Criminal Appeal may hear an application for bail in limited circumstances.

What if I want to apply for bail but have a pending CCA conviction appeal?

If your matter is pending an appeal at the CCA, you can lodge a bail application at the NSW Supreme Court. Section 22 of the Bail Act limits the power of the Court to grant bail pending a CCA appeal but it can be granted if it can be established that special or exceptional circumstances exist.

If the appeal regards a ‘show cause’ offence, the accused will need to establish that special or exceptional circumstances exist to justify a grant of bail.

Can ‘prospect of success’ be a ‘special or exceptional’ circumstance?

In the matter of Seong Won Lee and Do Young Lee v Regina [2012] NSWSC 1168, two accused were convicted on separate counts relating to firearms offences and supply of drugs.

The matter was sent back for a re-trial on the basis of a miscarriage of justice due to the illegal release and possession of a compulsory examination to the DPP and its use in trial.

In the matter of bail, Hall J found that one single ground could be enough to substantiate a special or exceptional circumstance. Hall J went on to state that where an applicant relies on his ‘prospect of success’ at trial, it would not be enough to show a mere arguable ground of appeal.

For the application to be held as a special or exceptional circumstance, what must be established is a ‘ground of appeal which is certain to succeed and one which can be seen without detailed argument to be certain to succeed’. As the applicant had not shown this, the appeal was dismissed.

Can an ‘unreasonable verdict’ amount to a ‘special or exceptional’ circumstance?

In the matter of DPP v SKA [2009] NSWCA 51, the accused was convicted of charges relating to aggravated sexual intercourse and aggravated indecent assault. His Honour ordered the sentence to commence at the date of sentence, but ordered a stay on the execution of the sentences and granted bail in the interim.

The accused lodged an appeal against the conviction and sentence. The Crown sought a review of the bail and similarly appealed against the sentence.

In regards to bail, it was submitted that the verdicts made by the jury were unreasonable and that on appeal, the defendant would enjoy an extraordinarily high prospect of success. Buddin J stated that he was prepared to accept that the respondent could point to matters capable of reflecting, at least to some extent, on the reliability of the complainant and the evidence.

This meant he had at least an arguable case in relation to his appeal against conviction. However, that would not be enough to satisfy the ‘special or exceptional circumstances’. The Bail was revoked.