If you have been arrested and charged with a crime, you may be granted bail. A certain amount of money – determined by the police initially – may need to be paid by a third party, such as a friend or relative, to ensure that you comply with the conditions of bail. If you fail to comply with the bail conditions, such as attending your court date, not only will there be a further warrant for your arrest, but the money will be forfeited. 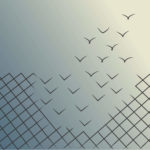 The first thing you should do as soon as you have been arrested, no matter what the circumstances or the time, is to contact a criminal defence expert. Arrests can and often do happen at any time of day or night and on the weekends – and you are not required to wait until business hours to contact your lawyer. Your family, a friend or even a colleague can also make the initial call for assistance.

When you have been charged by the police, you should request bail at that point. Depending on various factors, including whether you have been charged with a very serious crime, you may be granted this “police bail” immediately. If this is the case, it means that you can be released into the community and largely go about your normal life until your trial date. Depending on the severity of the offence, you may need to comply with certain conditions to meet the terms of your bail, such as being required to reside at a specific address and to report to the nearest police station.

Our Sydney criminal lawyers are bail application experts. Contact us for 24/7 legal advice.