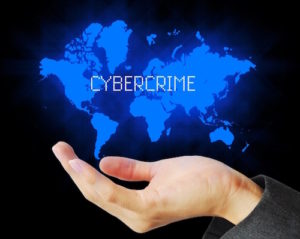 Today’s digital age has not only introduced new technologies and created new ways of doing things; it has also resulted in the emergence of a new area of crime where people exploit these technological advances for a criminal purpose. As a result, a relatively new area of law, called ‘cybercrime’ has developed which attempts to deal with crimes created by the evolution of the digital age.

There are a large variety of offences that fall under the ‘cybercrime’ umbrella. Broadly, these offences can be categorised into two areas:

Cybercrime is an ever increasing and prevalent area of crime. Police worldwide are facing complex challenges, as people take advantage of new technology, the ease of international travel and the anonymous world of virtual business. For these reasons, an international approach to cybercrime is the operating model of law enforcement bodies in Australia who work closely on the investigation and prosecution of transnational crime, which includes cybercrime,  with the assistance of Interpol.

INTERPOL is the world’s largest international police organisation, with 190 member countries. Their role is to support police from around the world to work together towards the common goal of making the world a safer place.

INTERPOL has a specific mandate to investigate cybercrime.

INTERPOL Global Complex for Innovation (IGCI) is a global coordination body located in Singapore. IGCI’s main aim is to assist in the detection and prevention of digital crimes by focusing on research and development. The IGCI was opened in 2014 and combines global cyber-expertise from law enforcement and key private sector partners worldwide.

IGCI’s aim is to enable police to stay one step ahead of criminals, something that can only be achieved if law enforcement officials worldwide have real-time access to information beyond their own borders.

IGCI attempts to give police around the world both the tools and capabilities to confront the increasingly ingenious and sophisticated challenges posed by cybercrime.

Every INTERPOL member country has a National Central Bureau (NCB), which is the link between national police and INTERPOL. The NCB is typically a division of the national police agency or investigation service and serves as the contact point for all INTERPOL activities in the field.

In Australia, the NCB is hosted by the AFP and is located at the AFP’s headquarters in Canberra. The Australian NCB works closely with law enforcement agencies, regulatory bodies and relevant government agencies in all the state and territories.

The Australian branch of the NCB is staffed by trained police officers who are tasked with the following:

Case study: Cybercrime and the  identification of child abuse ring

In June 2014, based on evidence collected in Australia and shared via INTERPOL, police in Bangladesh arrested the head of an organised criminal network which had made a business out of sexually abusing young boys and selling the images around the world.

In 2010, Australian police discovered a large number of sexual abuse images of underage boys during their operations. These images were entered into the INTERPOL’s International Child Sexual Exploitation database but at the time, neither Australian Police nor INTERPOL could identify the victims in the photographs or the location where the photographs were taken.

Years later, further evidence came to light that enabled the images to be linked to an organised criminal group based in Bangladesh.

The case was referred to the INTERPOL National Central Bureau (NCB) in Canberra and INTERPOL’s Human Trafficking and Child Exploitation unit at its General Secretariat headquarters in Lyon, France, which shared the information with its NCB in Bangladesh.

Police in Bangladesh continued the investigation, and made arrested three men. The men are accused of targeting underage boys living on the streets, sexually abusing them and selling videos and pictures of the abuse to individuals worldwide, including in Australia, Germany, Saudi Arabia, the UK and US.

The Head of INTERPOL’s Human Trafficking and Child Exploitation unit, Michael Moran, commended the “strong collaboration between Australia and Bangladesh to arrest these criminals”.